For employers, video resumes can seem like a risky format to screen candidates through. There are questions about discrimination, time, security, and money. But instead of viewing this method of candidate self-promotion as a burden rather than a helpful tool, let’s take a look at what other recruiters are saying. 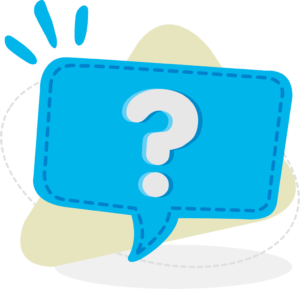 First, she points out the ease of sorting video resumes as compared to traditional resumes. Traditional resumes are lacking in the depth of information provided by video and audio, such as how effective of a communicator a candidate is. Poor communication skills can be hidden on paper, but they come across loud and clear through video. Which leads us to a second benefit of video resumes, they save time.

The phrase ‘time is money’ rings true here more than ever. Video resumes allow for recruiters and hiring managers to select only those job seekers who are truly a fit for the position, rather than calling in multiple candidates that could go either way. Especially for those employers who are paying to fly potential employees in for their interviews. Why waste the time and money when viewing a video resume could showcase the skills (or lack thereof) that the employer wants?

The other, more controversial, point that Woodward dissects is the discrimination issue. Video resumes do in fact divulge information that could be used to discriminate against candidates, there is no denying that fact. What fewer people see, on the other hand, is the ability to combat discrimination with video resumes. The example given in the article touched on discrimination based on a name. If a name sounds foreign some might assume that their language skills or accent would be an issue on the job, depending on the position. Video resumes give the candidate a voice, a place to show exactly what they can do and how they come across, so regardless of what their name might have suggested the reality is right in front of you.

Another counterpoint against the idea that video resumes enable discrimination is social media. If recruiters or hiring professionals can view pictures of candidates and see their personal social profiles – some of which also include videos – does that not express information that could be used to discriminate against them? If social media is seen as a platform through which job seekers can be assessed, then video resumes are more than fair game.

Video resumes are a means through which employers can find the best fit for their open positions without wasting valuable time and money, and with the increase in use of online video, they are not going away any time soon. Instead of fighting the movement, utilize it. Take advantage of this valuable tool, and have confidence in a streamlined and effective hiring process.

If you want to read to read Alex Woodward’s article, click here. If you’d like to see what video resumes can do for your business check out www.jobma.com or click here.