Video resumes are still controversial. Though many employers are extremely welcoming, some have been concerned about the authenticity of the impression job seekers are leaving with them. If you’re one of those employers, let’s take another look.

At first thought, this is a logical concern. The idea behind a first impression is that it shows an employer what you’re like in person, without practice. But think about it this way, what is a resume? A resume is a tailored document expressing who you are as an employee in the best light possible. Why should a video resume be any less valid than a paper resume? It is simply a recording of a job seeker, expressing who they are as an employee in their own words, in the best light possible. 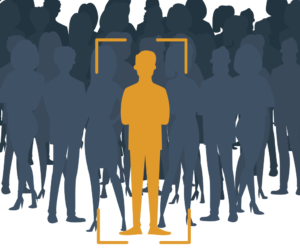 Video resumes are not meant to replace interviews. Those are still necessary in the hiring process, that is without question. A 60-second pitch cannot and does not provide the amount of in-depth information that a 30-60 minute interview does. But it allows job seekers to express their soft skills as well as their hard skills in a succinct way that gives employers reason to schedule an interview. In essence, video resumes simply give you the opportunity to judge whether the candidate is a good company fit by highlighting interpersonal skills and personality rather than simply technical skills listed on paper.

Allowing video resumes also shows that the job seeker has taken the time to prepare themselves, and can save time and money by eliminating candidates who are lacking certain skills/attributes that can only be observed through video. For example, if the job seeker has a paper resume that garners enough interest to prompt an interview but uses unprofessional language, or is unable to present themselves in a professional manner on camera. In an instance such as that, the hiring manager just saved themselves the trouble of having a completely unnecessary interview.

Yes, video resumes are not necessarily candid, but neither are traditional resumes. In fact, neither are interviews! Job seekers can still practice their responses to general interview questions and prepare before walking into your office. Video resumes simply provide more information about candidates before your initial meeting; they offer value to both job seekers and employers alike.

Top 10 Job boards websites in the US